Palette from "And the Bridegroom", Lucien Freud, 2001

I saw Freud's palette on display at the MFA Boston, included in an exhibition of fourty of the artist's self portraits. Freud's colors appear to consist mostly of earth tones, as one would expect. The top left of the palette holds a large mound of black paint, surrounded by what appear to be an earth red and some umbers. The bright muted yellow (center) might be naples yellow. The green (top/middle) looks very much like viridian.

Lucian Freud's inclusion of a bright chromatic yellow, amongst his somber earth tones, certainly surprised me. Initially, I thought that the yellow paint may have been included for some specific purpose, for example, the mustard yellow wallpaper in the associated double portrait, "And the Bridegroom". But upon searching for images of Freud in his studio, the yellow also appears on his palette when the artist is working on a portrait with no yellow accents to speak of.

I took one more photo of Freud's palette from an oblique angle, because I wanted to make note of the thickness of the paint in the mixing area of the palette—about a third of an inch thick! 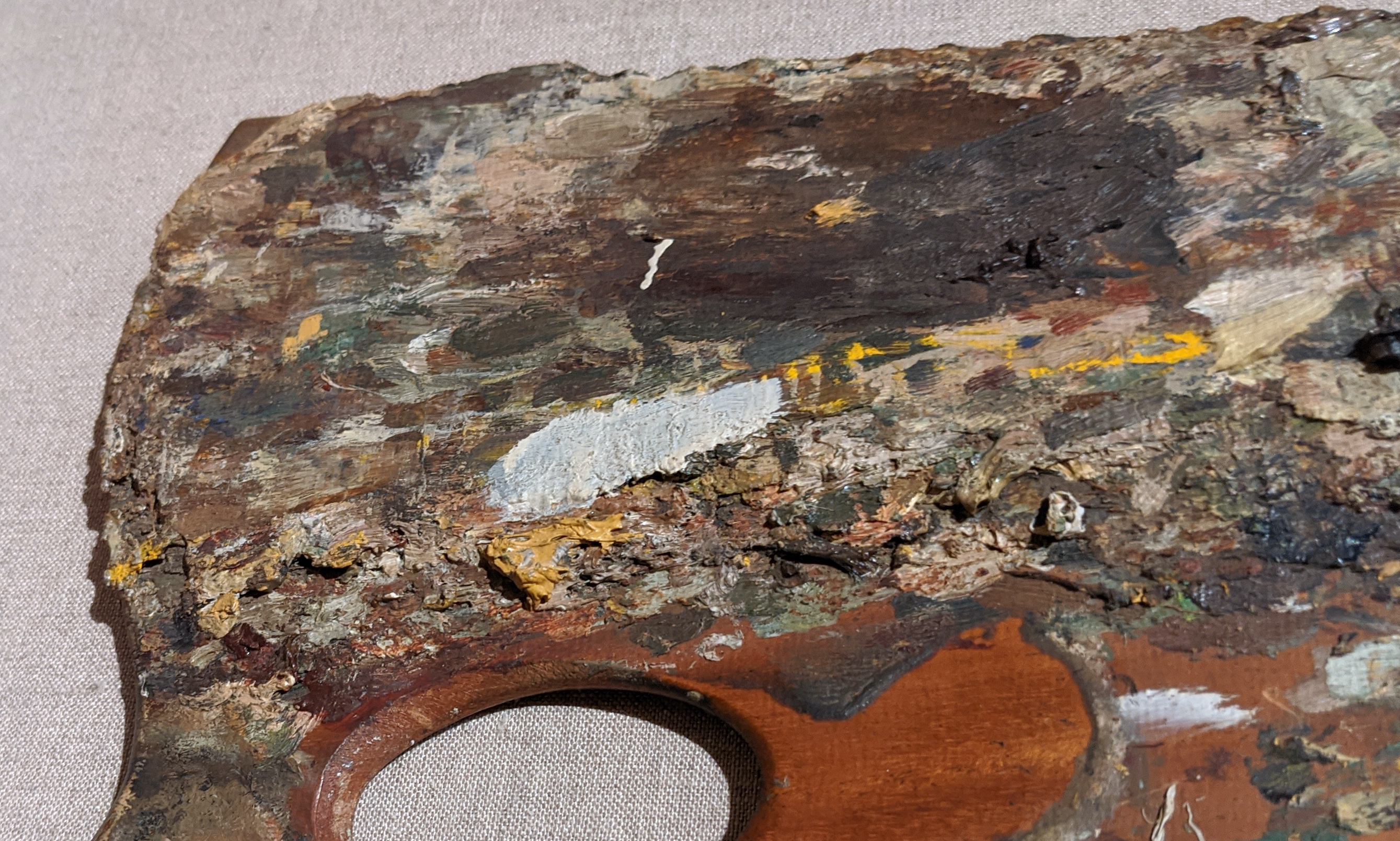 Palette from "And the Bridegroom", close-up, Lucien Freud, 2001