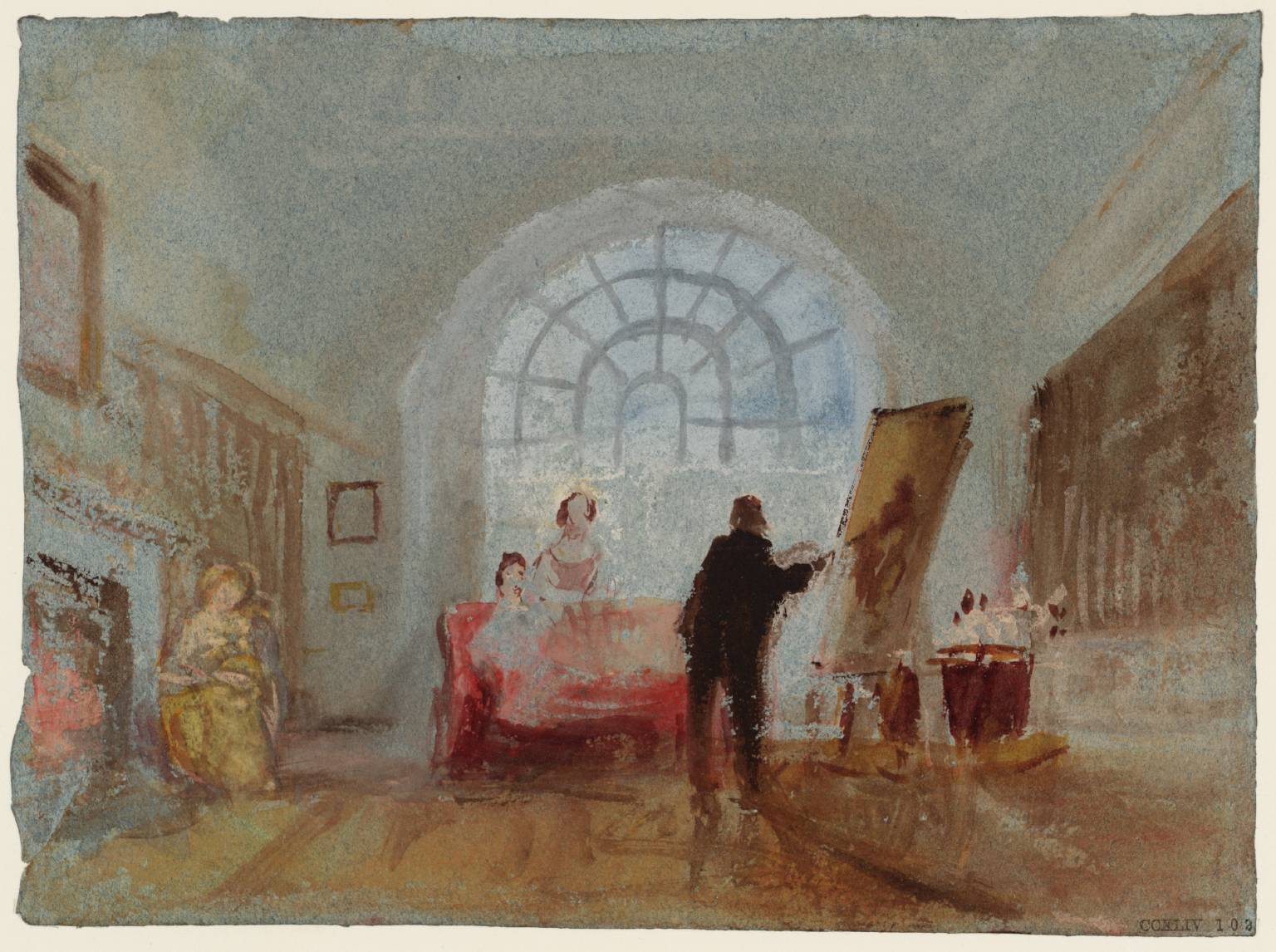 Last weekend I drove out to Mystic Connecticut to see a collection of JMW Turner's watercolors at the Seaport Museum, on loan from the Tate Britian. Turner, a child prodigy who completed tens of thousands of works on paper over the course of his lifetime, seems remembered mostly for his oil paintings. And I suppose unsurprisingly—the artist, largely unconcerned with posterity, favored fugitive red and yellow lake pigments, leading conservators to store away his fleeting watercolors in the darker backrooms of museums. The show at the Seaport Museum offers more of Turner's work than I have ever seen in one place.

The curators helpfully arranged the collection chronologically, so you can see the progression of the painter's work. Quality varies widely from picture to picture; some of the watercolor sketches are overworked, overly detailed, and washed out. You could argue that, sure, the artist never intended the preparatory works for public consumption, but neither did he intend for the abstract painterly color studies for public display. And the latter are enchanting.

While some Turner's more detailed sketches in pure watercolor underwhelm, particularly the ones from early in the artist's career, others stand out as truly exceptional. In San Giorgio - Early Morning (below), Turner perfectly captures the esscence of unbroken water, suffused with light, smooth as glass. 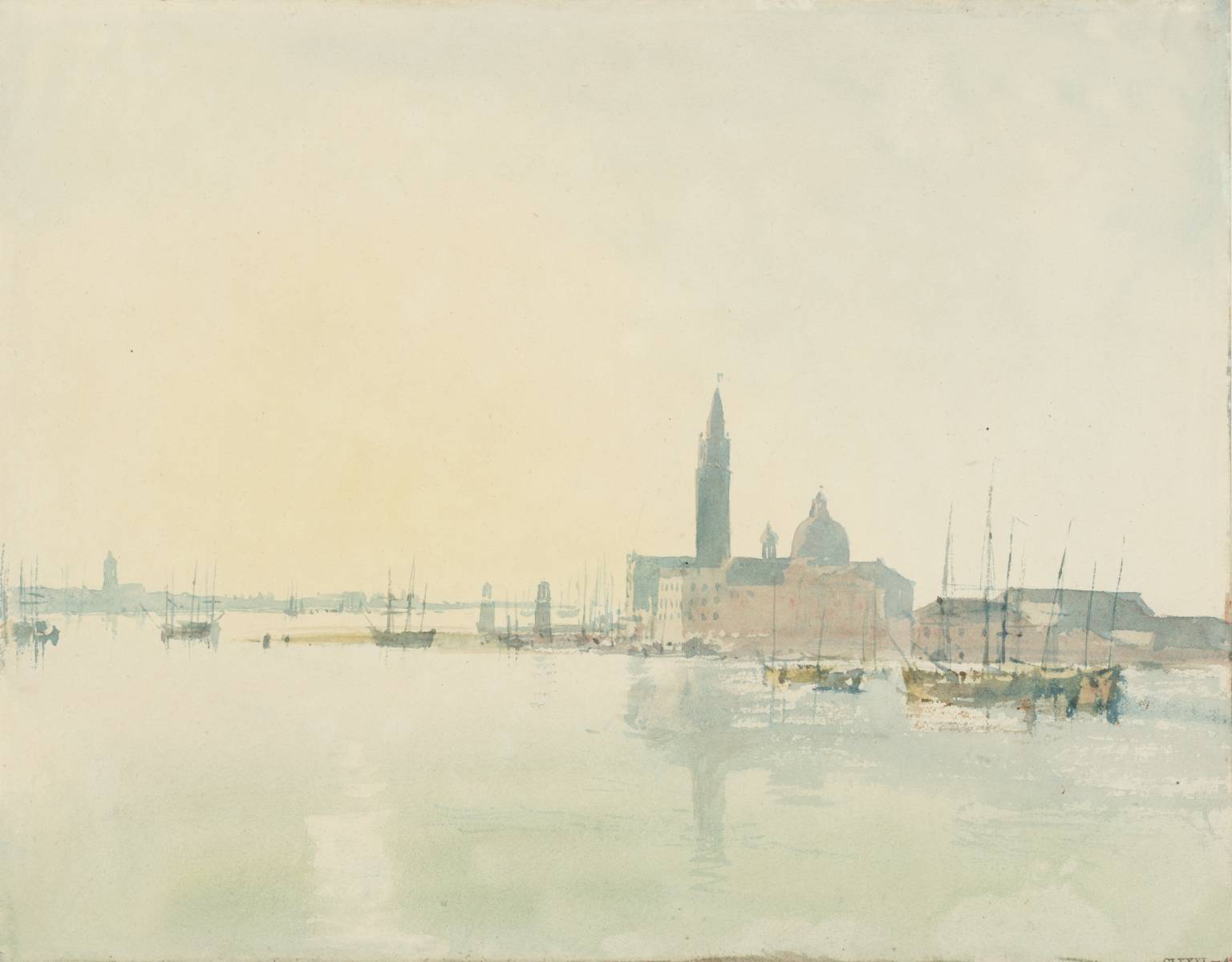 Moving into the later work, the painter's watercolors trend further toward absraction, drawn with increasing confidence and fewer details. Without the descriptions, one does not always immediately recognize the subject, as Turner is more interested in recording color, light, and gesture than specific details about the subject. 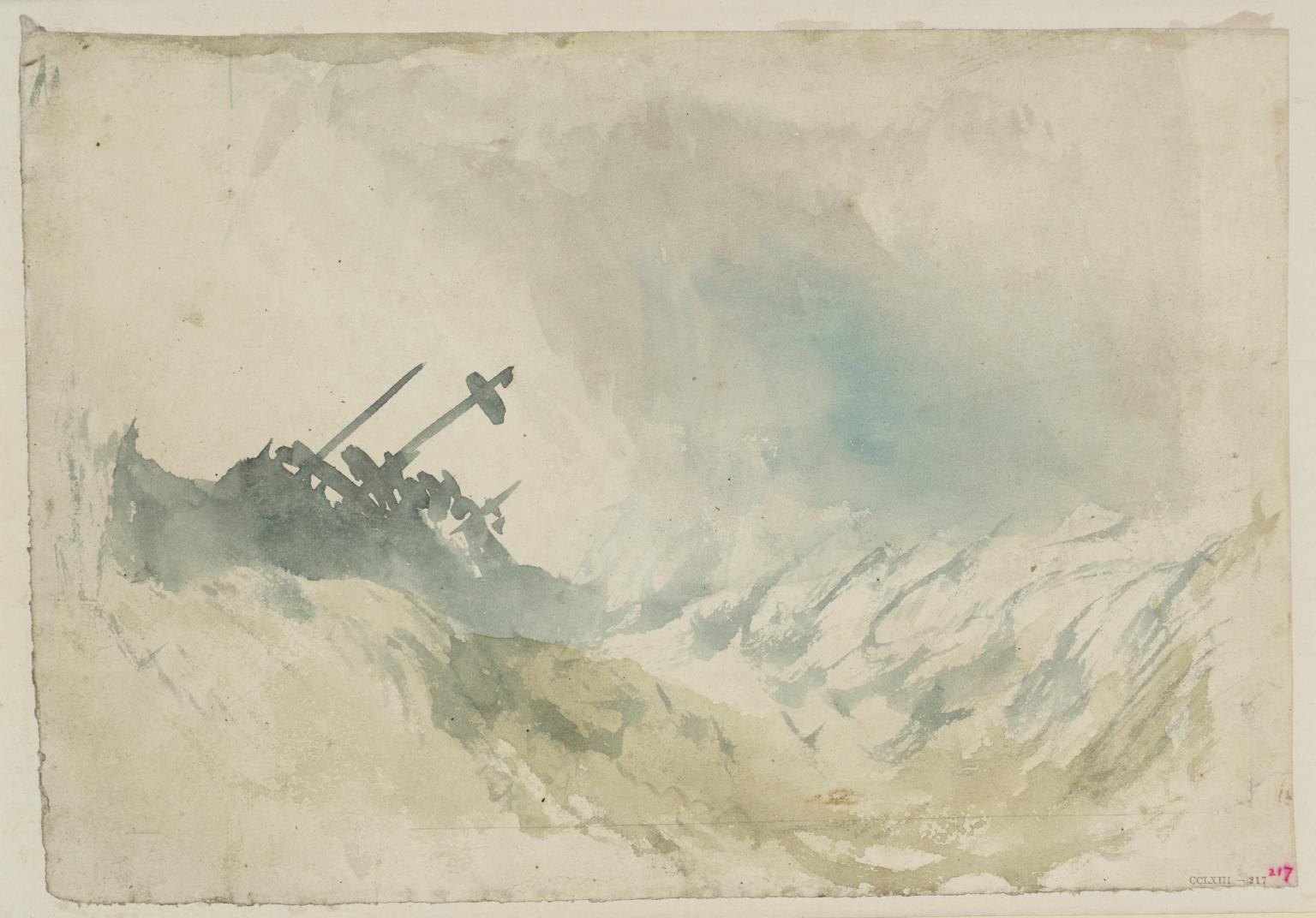 The real stars of the show may be a number of tiny gouache and bodycolor works from Turner's sketchbooks, many of which he worked up in translucent to opaque layers on mottled blue paper. The work Dinant, Bouvignes and Crévecoeur: Sunset (below) anticipates impressionism in a sense, with warm tones of the rocks in pure vermillion, the warm light on the limestone cliffs pushed towards a spectral yellow-orange, and the shadows cooled down to blue-violet tones. At a distance (or when squinting) the picture resolves into a realistic, albeit colorful, representation of the subject. 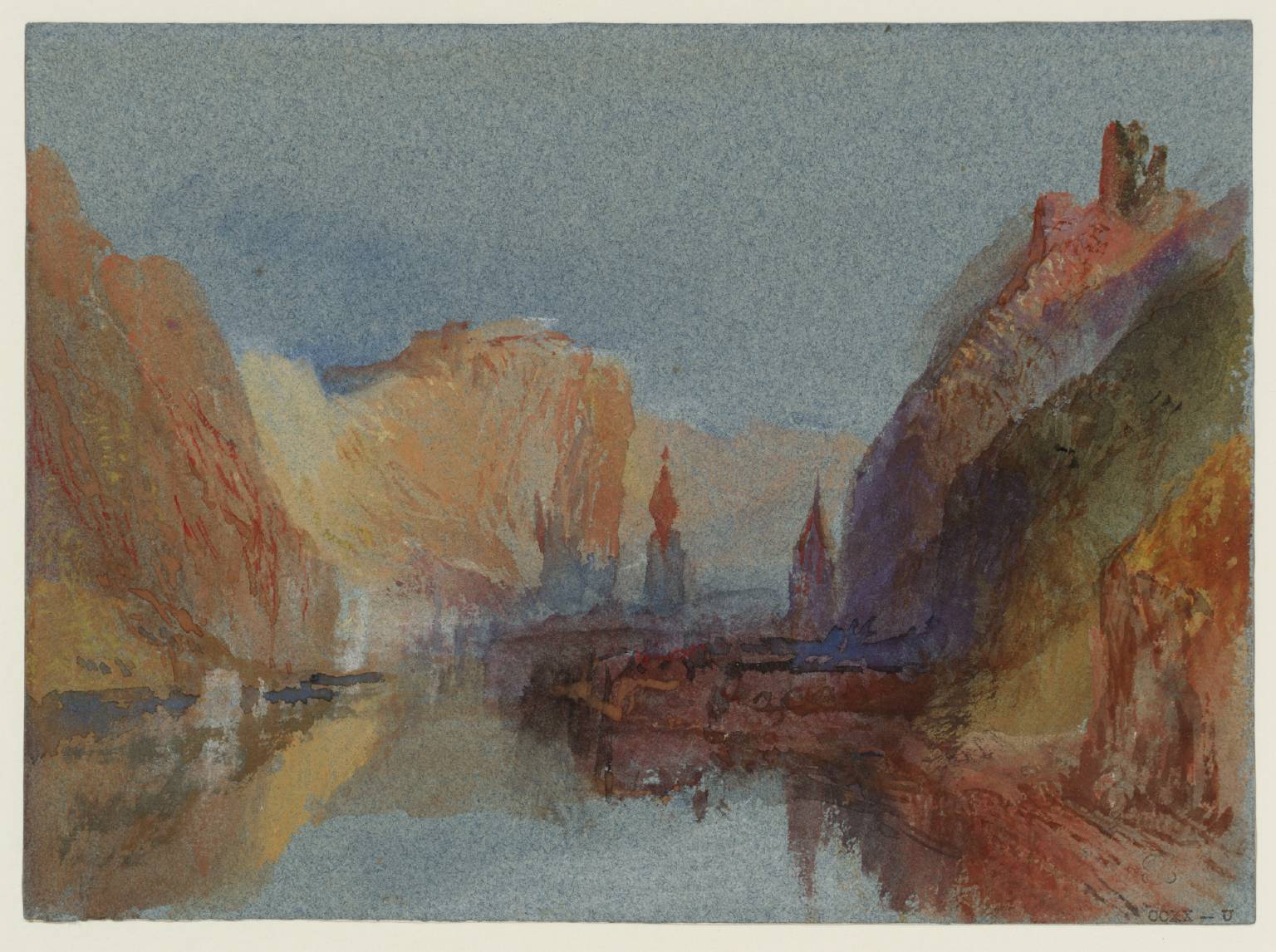 I took notes while walking through the gallery and later, I may publish a list of some of the highlights of the exhibit. For now, the show runs until February, and I would not want to spoil all the surprises, so go see for yourself if you live nearby.